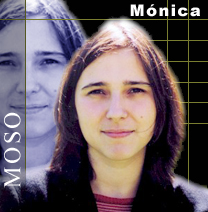 They Basque region is actually doing pretty well already. They are ranked 55 out of 203 regions in innovation performance by the 2006 European innovation scoreboard.
Posted by David Nordfors at 9:38 AM

Nice post, David. And nice to meet you. Thanks a lot.

Hi David, IT has been a pleasure to meet you. It was fantastic to hear your conference about the power of the new journalism.

The road from which we come from and the road we have to face was perfectly explained by you with a clear and motivating speech.

I hope to see you soon. Regards

It has been a fantastic suprise. Thank you very much for your effort, David.

I believe in the need for innovation journalism on our society. The future will be of those that are able to communicate properly innovation because that means that the idea is understood and the praxis is possible. As somebody said, "We are what we think"...I would like to add, that "we are what we communicate".

We had a great time in Bilbao and we are thinking about a new collaboration next year. This is very promising!!

Greatings also to Lontxo and Dioni!!